Last time I wrote about my infertility I was waiting for my next appointment after my laparoscopy and dye test which seemed to show up nothing. I was given a follow up appointment for March 2018 which was then then cancelled and changed to June. I phoned the hospital as I was told I would be seen a few weeks later and they just so happened to have a space a few days later.

I was seen by Dr Mahmood who went over my results of my blood tests and lap and dye and he concluded that everything was clear. There were no blockages, no cysts or no endometriosis however I did not ovulate so decided that I would be put on the fertility drug Clomid (or Clomiphene citrate). Clomid blocks the hormone oestrogen which then increases other hormones that are essential to ovulation. FSH grows and ripens eggs and LH triggers these eggs to release into the fallopian tubes.

I started with Provera as my cycles are so irregular and I could have waited years for my next period. When that eventually arrived after 2 weeks of waiting, I was able to start my first round of clomid. I decided to take it at night time as I read about lots of people having side effects and they were able to sleep through them by changing to taking at night. The night I was due to take it I got anxious. I knew I only had six goes of this and if it didn’t work it was IVF. Six sounded like a lot to me but then I worried about silly things like what if I mucked up and forgot to take a tablet then it didn’t work and Im down to 5 rounds. I was lucky that I never seemed to get any symptoms whist taking it. I had heard and read so many horror stories about Clomid like severe mood swings, feeling bloated and sore to it even effecting vision, but I got away without any of these.

When I got to about cycle day 10 I decided to try and give OPKS a try. For anyone who doesn’t know what an OPK is it an Ovulation Predictor Kit. It looks like a pregnancy test and you use it in the same way, but this tests your urine for a surge of Luteinizing hormone. This in turn tells your ovaries to release the most mature egg. I took my first OPK which showed up a line however the line has to be the same, if not darker, than the control line but over the next couple of days they got progressively darker but never to a positive then suddenly they started to get lighter. I didn’t know really what this meant but just continued as normal hoping it would work.

I became unwell with a bad throat infection and the flu. This happened right at the fertile stage. Pretty much couldn’t have happened at a worse time really! I then had a weekend away with Dougie and our friends to a hockey trip. It was nice to have a few days away to forget about things and have a break, but infertility is always there, like a big dark cloud hanging above your head. I kept on worrying about silly things like alcohol, even though I had read that a few drinks in the two-week wait was ok. Once I got home I got ill. AGAIN. My throat infection decided to spread to an ear infection. I knew then that there was no point in getting my hopes up for this round and to start preparing for the next time.

I still had to get my bloods done at the end of the month. I got my first ones on day 21 and I had just moved to a new doctor in my town, so this was my first time there. My tests were done by the nurse and it was sore. I am not exaggerating when I say she may as well have thrown a dart at me from across the room. I thought maybe it was just a one off but oh, was I wrong. Day 27 bloods was the same. First, she couldn’t get blood out of the arm that I always get blood taking from, so she dug around in my other arm until eventually, what felt like forever, she got some out. Then on day 30 bloods Dougie came with me, just to be nosey. She stuck the needle in and nothing came out so instead of moving it gently in my arm to just try and get some she jabbed the whole needle to the side in my arm. I jumped, almost ripping the thing out my arm. She eventually got it but within a few hours my whole arm was black and blue with bruising. I know it doesn’t sound like a big deal and there are worse things that could happen, but I have just really, this year, got over my fear of needles and I’ve had to get blood taken since and I have reverted to getting nervous and worried. I have planned to get my bloods done at the hospital this time so at least it’s one less worry.

I had an appointment just recently to go over my cycle and although I knew I wasn’t pregnant because I had done my own home test, it was still a kick in the stomach when she told me my results were negative. I hoped that I had tested to early and it just never showed up but that would have taken a miracle. More hurtful however was the fact that she told me that the Clomid had just not worked at all. My progesterone levels stayed at 0.3 over all three blood tests and they want to see over 20. Therefore, our fertility nurse Maureen increased our dose from 50mg to 100mg and sent us one our way with more Clomid to start round number 2.

Since this appointment I ended up in hospital with bad abdominal pain which is a suspected burst cyst from the meds. I had an ultra sound scan last Thursday and they confirmed I had no more cysts and that everything looks as it should. I have finished taking my second lot of Provera so I’m currently waiting on my next period to start my second round. Hopefully the next post I will be writing is an announcement but until then thank you for reading and I hope spreading my journey through infertility helps someone going through it. If you have any questions, then ask way.
Thanks for reading

View all posts by TheMillarTwins 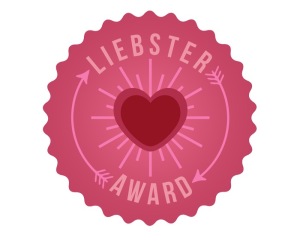